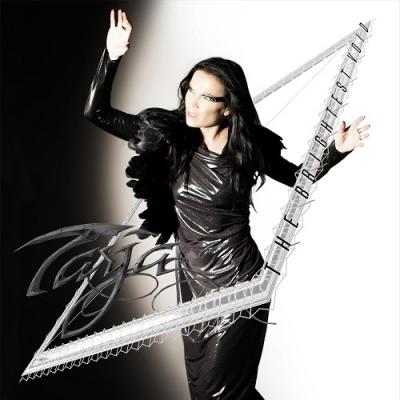 Finnish soprano powerhouse Tarja Turunen (ex-Nightwish) never does things halfway. This "prequel" to The Shadow Self, her upcoming full-length, comprises new songs, covers, and a new mix, with some guest appearances tossed in. While some of the music is excellent, the project ultimately feels cobbled together rather than purposefully presented. Single and opening track "No Bitter End" is the video version. Slick, anthemic, pop-oriented metal, it has an irresistible hook. Tarja's stacked lead and backing vocals imbue it with a studied emotion that stands in contrast to its passionate melody. Michael Monroe lends his voice, guitar, saxophone, and harmonica to "Your Heaven and Your Hell." It's a fine, bluesy hard rock vehicle for the former Hanoi Rocks frontman, but ill-suited to Turunen's more classically oriented gothic singing. Red Hot Chili Peppers drummer Chad Smith adds his drums to "Eagle Eye," a pop-metal cut that the vocalist imbues with a theatrical presence. Tarja gets points for her choice of covers here. Her rendition of Paul McCartney's "House of Wax" contains more drama than the original but doesn't sacrifice nuance in the imaginative melody and arrangement. Buoyed by a large string ensemble, the singer delivers the song with authority. It's her brand of symphonic metal at its best. Even stranger is the reading of the theme from "Goldfinger" immortalized by Shirley Bassey. The contrast between the fat, crunchy guitars and symphonic strings and horns comes off kitschy but cool, leaving the more sultry jazz presentation of the original in the dust. Yet Tarja's singular voice pulls it all together in the end. Unfortunately, her "An Empty Dream" contains all-too-icy electronics and sounds like a rejected outtake from a Sarah Brightman session, while the Dead Can Dance-esque musical abstraction in "Witch-Hunt" goes on for far too long to maintain the listener's interest. Tim Palmer's bombastic new mix of Within Temptation's "Paradise (What About Us?)" -- which originally featured Turunen as a guest -- sounds like a heavy metal Jim Steinman production, but that's far from a bad thing. The guitar breaks are killer, and the vocal contrast between Sharon den Andel's powerful alto and Tarja's soaring soprano harmony is arresting. Ultimately, The Brightest Void doesn't sound like a stand-alone document as much as a product to sell on tour while awaiting the album's release. In other words, it's for completists only.
© Thom Jurek /TiVo

AcidTech by ST Software Updated for phpBB3.2 by Ian Bradley